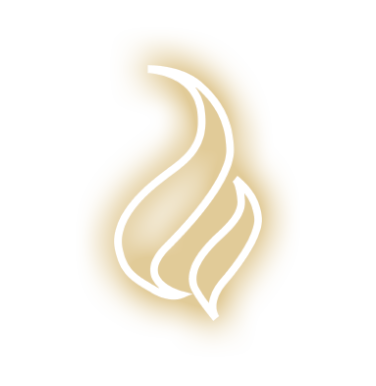 What is the difference between Eau de toilette and Eau de parfum?

Typically aftershaves contain a concentration of aromatic compounds of only 1%-3%, as a result the scent of an aftershave is fairly weak. An aftershave is designed to disinfect freshly shaved skin, the alcohol kills surface bacteria. Any minor nicks and cuts will be disinfected, and the alcohol will constrict the blood vessels and speed up the healing process. An aftershave will leave your skin disinfected, toned, refreshed and lightly scented. The scent will probably dissipate after an hour or so.

Eau de Cologne, more commonly referred to as simply Cologne, first originated in the city of Köln, Germany in 1709. Today the term Eau de Cologne has become a generic term that is applied to perfume for men. Eau de Cologne is a higher grade of fragrance that contains a typical concentration of aromatic compounds of up to 7%. This gives an Eau de Cologne a much stronger scent than a typical aftershave.

Eau de Toilette is a higher grade than Eau de Cologne, with a typical concentration of aromatic compounds of around 10%. Typically, you would place Eau de Toilette fragrance on your pulse points, and it should last much longer, up to 8 hours in some cases, so you don’t have to continuously re-apply.

Eau de Parfum is the strongest form of scent with the longest lasting fragrance.
Typically containing up to 15% essential fragrance compounds, compared to 10% in Eau de Toilette, 7% in Eau de Cologne and 1%-3% in Aftershave, you get more longevity of fragrance from an Eau de Parfum.

No Wet Shave is complete without the aromatic scent of a man’s fragrance. Many shaving creams and soaps complement each other with an aftershave or cologne of the same fragrance. As mentioned before – apply a nice aftershave or cologne to the back of your neck, your chest area and your clothes for a pleasant lingering aroma, especially if the weather is hot and sticky.

With more than 20% oil concentration, you are likely to still notice your fragrance working from morning to evening. Perfumes have the highest fragrance concentration and would last the longest among all other types, usually six to eight hours. But also, perfume or parfum will demand the highest price.People with sensitive skin may do better with parfums as they have far less alcohol than other fragrance types and therefore are not as likely to dry out the skin.

The next highest fragrance concentration would be eau de parfum (EDP) with oil concentration between 15 to 20%. On average, you can get a solid four to five hours of your fragrance working hard.No matter what the occasion is, this fragrance type can be more reliable than others and is relatively less expensive than perfume.

Eau de toilette (EDT) has a fragrance concentration of between 5% to 15%. It is cheaper than the EDP and is one of the most popular types of fragrance available. It will normally last two to three hours and is considered by some as daywear (while EDP is considered nightwear).

Eau de cologne (EDC) has a much lower fragrance concentration (about 2% to 4%) than the EDT with a high alcohol content and it generally lasts for up to two hours.

Eau fraiche is quite similar to EDC in that the scent will last for up to two hours. However, it has an even lower fragrance concentration of only 1% to 3%.

While eau fraiche has a low fragrance concentration, it does not contain a high amount of alcohol. Along with the fragrance, the remainder of eau fraiche is mostly water so this is also good for those with sensitive skin.

Are your products authentic?

All our products are completely genuine. We do not sell any counterfeit or fake products. We sell the same name brand designer products you will find in all the big retail department stores.

Do you deliver outside of the U.K?

Unfortunately we only ship within the U.K

Any cookies that may not be particularly necessary for the website to function and is used specifically to collect user personal data via analytics, ads, other embedded contents are termed as non-necessary cookies. It is mandatory to procure user consent prior to running these cookies on your website.